You are here: Home

Then we also have the third album of the Katarrama, Kada verS,
that after a change to the voice they present / display a mature and worked disc,
evolving his hardcore metal for a more serene and hard metal rock
of wider spectrum. The letters are sharp, thoughtful and emotional, and
They invite reflection.

Entrance to the blog llibertat.cat published on November 2, 2009: 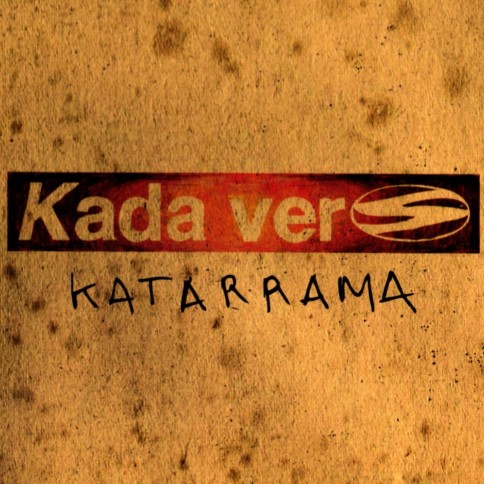 This week we are heavies. We speak today of Katarrama (formerly Katarrama Stuma), a band from Avinyó that has been setting stage for ten years in order to become a proper name in the Catalan rock and metal scene. They present their third album, Kada verS (Contra Records, 2010), where they opt for more melodic compositions without renouncing forcefulness. The result is songs such as this amazing version of Lluís Llach from Temps de revoltes.

Katarrama spent a few days in Enderrock redaction with the activist and poet Jordi Bilbeny (Lettrista of the Relish woodcuts), with whom he unites them with a close friendship. Bilbeny has collaborated with the group by making a poem - which can be read on the back cover of the disc - from the titles of all the songs. The Llach version is another piece of work consisting of a dozen songs. "We really liked the subject, we believe it is very strong and we wanted to bring it to our land," said Oriol Iglesias, group's drummer.
Iglesias explained that in the previous work they sold 1,000 copies - a figure that was more than respectable given the times they were doing - and that also served them to tour Ireland with an Irish group, Coldwar, with whom they have made a kind of exchange and have played in Catalonia. The disc has been recorded in Can Pardaler by David Rosell (Dept.) and mastered at the Monoposto de Düsseldorf Studios: a guarantee, therefore, of good sound.